Getting to Know Mayor Bob Kiss

This morning Jeremy and I attended the monthly Burlington Business Association’s (BBA) meeting at the ECHO center, where we were able to get a glimpse of what the newly elected Mayor, and former State Rep. Bob Kiss had in mind for the city of Burlington.

I’ll do a recap of my personal thoughts of the meeting in italics for you, as I know everyone’s wondering right now what Mayor Kiss has in mind for the city.
Also, FYI: Jeremy’s already made an observational post about the Q&A session on his blog.

The meeting started off as usual, with a light breakfast, where people could meet personally with Mayor Kiss.
I guess there were quite a few who wanted to speak with him personally, as the meeting started about 10 minutes past the scheduled time to start, something that struck me as odd, as BBA is usually on schedule.
Mike Monte the head of CEDO was in attendance (and was actually dressed in a black suit, something I’ve never seen him do before at any meeting… kinda odd for a meeting taking place at 8AM), Police Chief Tremblay, Parks and Rec director Wayne Gross, and the newly appointed manager John Leopold were also in attendance, recognized at the beginning of the meeting.

Right before Bob’s turn to speak, it was mentioned that John Leopold may also be able to speak and answer questions as well, to which Leopold immediately shook his head no. I feel it’s another odd thing to be happening for a public official, to not answer questions, or at the very least introduce yourself to the public.

When it came to Bob’s turn to speak, he repeatedly said in his opening statement that it’s his 3rd day in office.
As if to say, don’t ask any questions of depth because I’m not familiar with anything yet. But wasn’t he elected almost a month ago now? It seems to me that once you are elected, or hopefully before you are elected, you should try and make an effort to become familiar with the workings of the city, so you may be able to address questions. Another odd thing.

Bob went on to say that he had just got his email set up – bkiss@ci.burlington.vt.us
and that he would prefer people to reach him by that way, or by phone 802-865-7272.
No mention that his door was always open or anything like that… kinda struck me as odd as well, but he did mention that he is making an effort right now to meet with people.

The meeting actually ended a bit early, which didn’t surprise me, as Bob’s known to be a man of few words.
So, as I recount this meeting with the new mayor, I have to say I’m a little worried about the growth of what Bob calls ‘good government’, and hope to see that odd meter go down in numbers as time goes on.

Thanks for subscribing to my feed!
I always welcome comments, so please… feel free! 😉
March 23, 2006

(Politicians) Doing what they do best…

Heh. As we read over the My Yahoo headlines for today, I noticed the WCAX article about Legislature’s supposed ‘fight’ over the gas tax increase

While I was browsing through one of my favorite cartoonists, Russmo, who’s a Libertarian cartoonist, I noticed this one he had last year… around the time the price gouging came out, but I think it would still apply to the Vermont legislature today. 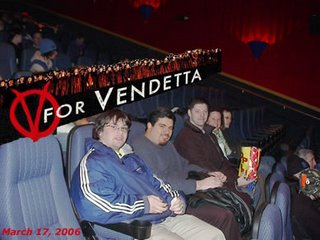 Just read over a somewhat humorous article by Ed Shamy of the Free Press, here’s the link: Burlington Free Press.com |

Even royalty can’t afford Queen City
It’s funny, but at the same time, true to what’s happening to some Burlingtonians.

My husband and I personally keep our thermostat at a constant 60 degrees to save on heating costs, while we throw on more layers of clothing to keep ourselves warm while working. At times, I even use a pair of mittens to keep my hands warm… The sacrifices we make to stay in Burlington.

Thanks for subscribing to my feed!
I always welcome comments, so please… feel free! 😉
March 7, 2006 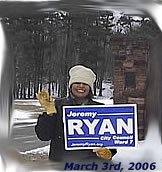 Well, we’re back, after a 12 hour 15 minute stand at the Ward Seven polling place, where Jeremy amazingly (with very little sleep mind you) only took one 5 minute break for the ENTIRE time (starting at 6:45AM this morning)! All other Ward 7 council candidates took several breaks throughout the day and actually left the polling place several times!

Anyway, we’re back home recovering from this tiresome session… & I notice that Ch. 17 is offering a webstream of their election results:
Ch. 17 Election results

Just thought I’d mention this to those without cable, who are wondering what the results are…

Thanks for subscribing to my feed!
I always welcome comments, so please… feel free! 😉
March 4, 2006

Here’s a reprint of a post at my husband, Jeremy’s blog:

As you may have heard, the Dutra family suffered a major loss due to a fire in their home. I saw in todays paper how Waggy’s has been accepting donations. To make a donation, you can drop it off at their store on the corner of North Street and North Avenue or by calling the store at 863-4862 or 864-0740 after 12:30 pm.

I just thought I could do my part by offering to accept donations from this website as their is quite a bit of traffic from other ward 7 residents already. If you wish to donate here, please use the form [listed at Jeremy’s site by clicking here]

Thanks for subscribing to my feed!
I always welcome comments, so please… feel free! 😉
March 3, 2006

Who’s behind an affordable VT?

Just about to watch the Ch. 3 news as we usually do every weeknight, half-expecting another Tarrant ad, when we heard the words, “They’re at it again…” A quick cut to a scene of the statehouse, with quick mentions of universal health care, sales tax, statewide preschool, and eminent domain… (things that of course Jeremy and I believe the government shouldn’t be dealing with).
At the very end of the ad, there’s tiny text at the bottom of the screen, saying, “Paid for by an affordable VT”

Hoping to get more info from the ad by seeing it again during the newscast, but it didn’t reappear…
anyone heard of this organization or know who’s behind the ad?

Thanks for subscribing to my feed!
I always welcome comments, so please… feel free! 😉
February 24, 2006

LOST, as I call it, or alternatively, the local option sales tax…

The debate has been starting to heat up in Burlington over this issue.
Take a drive down North Avenue, and amongst the Candidate signs, you’ll see other signs, specifically Put a Roof on Property Taxes and Vote Yes on 2 (which were recently put up in the past couple of days).

Of course as most everyone knows now the Put a Roof Signs were placed by Tarrant’s campaign; however when looking at the Vote Yes on 2 signs, all that is stated is Paid for by Vote Yes on 2, and that it is not funded by Taxpayer dollars.

Those that watch Ch.3 know that last week, Clavelle came out against Tarrant’s Roof signs, saying what suggestions does he have on how to approach the looming Burlington deficit; Tarrant wasn’t available for comment, as he was out of the state at the time. And at the same press conference, Clavelle vowed to spread the word about supporting #2 on the ballot… so perhaps the Vote Yes on 2 funder of the signs is a PAC that Clavelle has started.

Thanks for subscribing to my feed!
I always welcome comments, so please… feel free! 😉
February 17, 2006

Also, for those that didn’t already know, they also have a webcam
and they also have a community bulletin board as well, where anyone can
post comments, pictures, and even video: Free Press Bulletin Board

Thanks for subscribing to my feed!
I always welcome comments, so please… feel free! 😉
February 16, 2006

They’ve started to put more of their shows as well as audio content (aka podcast) online.
Below are links to each: